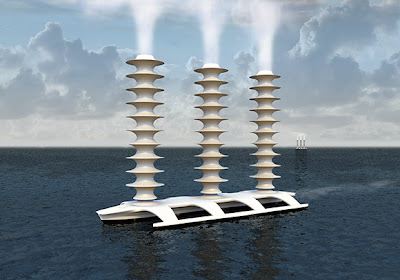 NAGOYA, Japan – In a landmark consensus decision, the 193-member UN Convention on Biological Diversity (CBD) will close its tenth biennial meeting with a de facto moratorium on geoengineering projects and experiments. “Any private or public experimentation or adventurism intended to manipulate the planetary thermostat will be in violation of this carefully crafted UN consensus,” stated Silvia Ribeiro, Latin American Director of ETC Group.

The agreement, reached during the ministerial portion of the two-week meeting which included 110 environment ministers, asks governments to ensure that no geoengineering activities take place until risks to the environment and biodiversity and associated social, cultural and economic impacts have been appropriately considered. The CBD secretariat was also instructed to report back on various geoengineering proposals and potential intergovernmental regulatory measures.

The unusually strong consensus decision builds on the 2008 moratorium on ocean fertilization. That agreement, negotiated at COP 9 in Bonn, put the brakes on a litany of failed “experiments” – both public and private – to sequester atmospheric carbon dioxide in the oceans’ depths by spreading nutrients on the sea surface. Since then, attention has turned to a range of futuristic proposals to block a percentage of solar radiation via large-scale interventions in the atmosphere, stratosphere and outer space that would alter global temperatures and precipitation patterns.

“This decision clearly places the governance of geoengineering in the United Nations where it belongs,” said ETC Group Executive Director Pat Mooney. “This decision is a victory for common sense, and for precaution. It will not inhibit legitimate scientific research. Decisions on geoengineering cannot be made by small groups of scientists from a small group of countries that establish self-serving ‘voluntary guidelines’ on climate hacking. What little credibility such efforts may have had in some policy circles in the global North has been shattered by this decision. The UK Royal Society and its partners should cancel their Solar Radiation Management Governance Initiative and respect that the world’s governments have collectively decided that future deliberations on geoengineering should take place in the UN, where all countries have a seat at the table and where civil society can watch and influence what they are doing.”

Delegates in Nagoya have now clearly understood the potential threat that deployment – or even field testing – of geoengineering technologies poses to the protection of biodiversity. The decision was hammered out in long and difficult late night sessions of a “friends of the chair” group, attended by ETC Group, and adopted by the Working Group 1 Plenary on 27 October 2010. The Chair of the climate and biodiversity negotiations called the final text “a highly delicate compromise.” All that remains to do now is gavel it through in the final plenary at 6 PM Friday (Nagoya time).

“The decision is not perfect,” said Neth Dano of ETC Group Philippines. “Some delegations are understandably concerned that the interim definition of geoengineering is too narrow because it does not include Carbon Capture and Storage technologies. Before the next CBD meeting, there will be ample opportunity to consider these questions in more detail. But climate techno-fixes are now firmly on the UN agenda and will lead to important debates as the 20th anniversary
Posted by Next Year Country