In the debate "Environmentalism vs. market eco-socialism", Ricardo Coelho made a presentation here published, released a text published under the title "What is eco-socialism?". 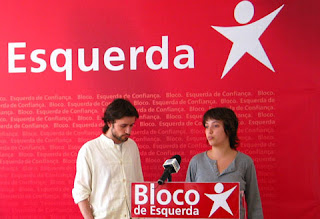 What is eco-socialism?
By Ricardo Coelho
Esquaeda.net
(Google translation from Portuguese)
The simplest definition of eco-socialism part of the classical distinction between "green" and "red", which results in the attempt to unify two parallel traditions of social activism. But this starting point leads us to a definition too simple and even misleading, since it wrongly assumes an association between socialism and farming. In fact, the productivist socialism is a contradiction in terms, as the tragic experience of the USSR has shown.
We can find the roots of eco-socialist thought in the writings of Marx. In the first volume of "Das Kapital," Marx points out the contradiction between social systems and natural systems, ecology-based land reform. The contemporary Justus Von Liebig, a pioneer of chemical artificial fertilizing the soil, already alerted to the irrationality present in industrial agriculture, which removes nutrients from the soil without the reset. The violation of the principle of replacement leads me to the dual problem of reduction of soil fertility and pollution of city water with human waste. Marx, linking this with the ecological dilemma capitalist mode of production, develop the concept of failure as a metabolic disorder metabolic relation between humanity and nature.
Also in the writings of Engels we find a rejection of capitalist productivist. In his "Dialectics of Nature, Engels warned that the human victories over nature are only temporary, using the examples of people who destroyed the forests for farmland and then suffered the consequences of the drastic loss of reservoirs of moisture and erosion soils. The purpose of mankind is thus impossible to pursue the project of domination of nature, which, incidentally, is a part, but rather to use their unique ability to be able to learn the natural laws to implement them properly. 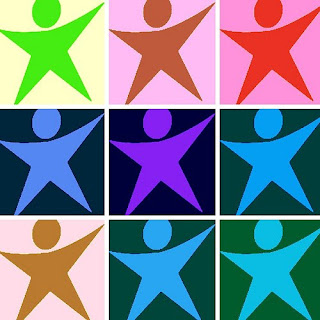 The writers of the "Communist Manifesto", however, were not always consistent with these principles, having been left amazed by the machine and associated productive capitalist socialism to the continuous development of productive forces. Eco-socialism of today seeks to correct this flaw, coordinating the planning of the economy with the limits to growth. This current develops in opposition to eco-capitalism (including its Keynesian version) but also differs from orthodox communism, with its strong anti-environmental bias (in this regard, see the "Forward").
The sociologist John Bellamy Foster has defined eco-socialism as the rational regulation of production, respecting the metabolic relationship between social systems and natural systems to ensure the satisfaction of common needs for present and future generations. Inherent in this definition are some key principles:
1. Recognition of the limits to growth and rupture with the productivist logic that associates the increase in welfare to increased production. Putting the prefix "eco" in the word socialism means to reconcile intra-generational equality with equal inter-generational.

3. The social use of nature, with the emphasis on community management of common resources.

Building eco-socialism means going far beyond a mere "rebranding" of socialism. Do not just defend small changes in the productive system that barely scratched the surface of biocrise we are experiencing. Suffice to point the finger at capitalism, as the overcoming of human exploration would lead automatically to overcome the exploitation of nature by humanity. What it is is to understand the ecological crisis as an extreme manifestation of unequal access to resources and the inability of planning for sustainability that characterize the system of capitalist production. 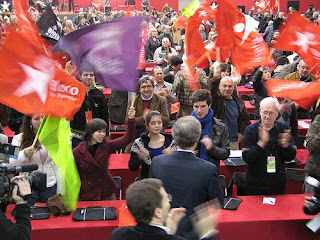 There is much to be done. We can not be purists not think we can change the world overnight. We therefore advocate immediate reforms that reduce the ecological impact of the production system (even if they involve a reduction in profits). This does not imply, of course, leaving aside the socialist principles in the name of "defending the planet," as did many green parties. Overcoming the dichotomy immobility / reformism, we should not advocate reforms reformers (using the concept of eco-socialist Patrick Bond), which change the relation of forces, paving the way for deeper achievements.

From Copenhagen to Cochabamba, a network for environmental justice movement takes root, confronts the big polluters and build a new world order. The eco-socialism is the only political current that can give a convincing answer to their demands. Let us live up to the task.
Posted by Next Year Country