So what’s a green job, anyway? 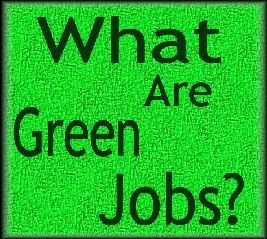 Today CCPA released a new report by myself and Ken Carlaw, an economist at UBC-Okanagan, called Climate Justice, Green Jobs and Sustainable Production in BC. I doubt you’ll see any headlines about it in the major news dailies, but I think it will have a longer-lasting impact as a key economic framing piece for our Climate Justice Project.

In the paper we start with an ecological economics perspective on what “sustainability” really means when it comes to climate change policies, and from that we consider implications for “green jobs”. These are both important concepts that in the course of prominent usage tend to get thrown around without much clarity. So, we try to fill in those containers with meaning.

One important implication is that we need to cut our fossil fuel habit by 2040, and reduce remaining greenhouse gases to near-zero by mid-century. That means we need a moratorium on new oil and gas developments unless 100% of the emissions can be sequestered underground forever. It means that people and governments should not waste time and money assuaging carbon guilt by buying offsets. And it means rethinking industrial policies that have been successful in economic terms, but now fly in the face of good climate policies.

We then go on to apply this framework to the world of work in BC. We look at GHG emissions and employment by industrial sector, and find that (surprise, surprise) mining and oil and gas industries have a ridiculously high amount of emissions while providing comparably little employment. So the bad news is that we need to transition our economy away from GHG-intensive industries, and this requires transition planning for workers; the good news is that those industries actually employ relatively few workers, and many of the skills in those industries have broader applicability in a low-carbon economy. On the other hand, most of the service sector is “green” but is not always decent work. Plans for green jobs need to ensure we are creating decent work and that we actively seek to create new opportunities for traditionally disadvantaged populations.

In the last part of the paper, we review the bright spots for new green job creation, and put a major onus on the public sector to make large investments that create green jobs as we rebuild the infrastructure of our economy and society. Retrofitting buildings and public transit are low-hanging fruit, but I’m particularly interested in the nexus between zero waste policies and green manufacturing as an under-appreciated area with lots of employment potential. Adaptation to climate change already in the pipeline is another source of green jobs, including everything from growing food to shoring up dykes to planting trees to deepening our social services networks.

Of course, it’s going to take money to make this happen. The Stern Review for the UK Government called for 1% of GDP to be invested per year, and in BC this translates into $2 billion. A ten-year rapid action plan is readily fundable through revenues from the carbon tax and royalties on oil and gas. It’s easy to get cynical about this exercise when we see such intransigence from the big carbon polluters around the world, including the BC government, who have ramped up oil and gas production even as they brought in a carbon tax (we have a whole chapter on these contradictions). Someone needs to break from the status quo and show real leadership. With the right amount of political will, BC is ideally poised to do so.