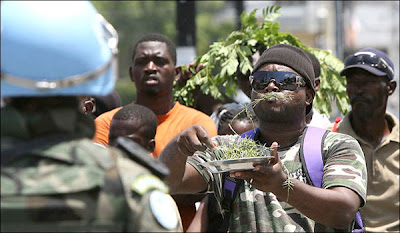 It has been a summer of record temperatures – Japan had its hottest summer on record, as did South Florida and New York. Meanwhile, Pakistan and Niger are flooded and the eastern US is mopping up after hurricane Earl. None of these individual events can definitively be attributed to global warming. But to see how climate change will play out in the 21st century, you needn't look to the Met Office. Look, instead, to the deaths and burning tyres in Mozambique's "food riots" to see what happens when extreme natural phenomena interact with our unjust economic systems.

The immediate causes of the protests in Mozambique's capital, Maputo, and Chimoio about 500 miles north, are a 30% price increase for bread, compounding a recent double-digit increase for water and energy. When nearly three-quarters of the household budget is spent on food, that's a hike few Mozambicans can afford.

Deeper reasons for Mozambique's price hike can be found a continent away. Wheat prices have soared on global markets over the summer in large part because Russia, the world's third largest exporter, has suffered catastrophic fires in its main production areas. These blazes, in turn, find their origin both in poor firefighting infrastructure and Russia's worst heatwave in over a century. On Thursday, Vladimir Putin extended an export ban in response to a new wave of wildfires in its grain belt, sending further signals to the markets that Russian wheat wouldn't be available outside the country. With Mozambique importing over 60% of the wheat its people needs, the country has been held hostage by international markets.

This may sound familiar. In 2008, the prices of oil, wheat, corn and rice peaked on international markets – corn prices almost tripled between 2005-2008. In the process, dozens of food-importing countries experienced food riots. 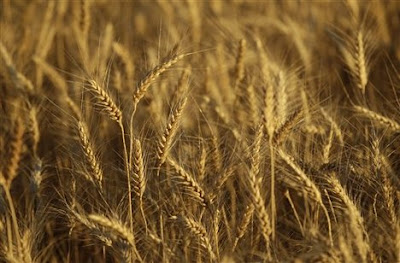 Behind the 2008 protests were, first, natural events that looked like an excerpt from the meteorological section of the Book of Revelation – drought in Australia, crop disease in central Asia, floods in south-east Asia. These were compounded by the social systems through which their effects were felt. Oil prices were sky-high, which meant higher transport costs and fossil fuel-based fertiliser prices. Biofuel policy, particularly in the US, shifted land and crops from food into ethanol production, diverting food from stomachs to fuel tanks. Longer term trends in population growth and meat consumption in developing countries also added to the stress. Financial speculators piled into food commodities, driving prices yet further beyond the reach of the poor. Finally, some retailers used the opportunity to raise prices still further, and while commodity prices have fallen back to pre-crisis levels, most of us have yet to see the savings.

Is this 2008 all over again? The weather has gone wild, meat prices have hit a 20-year high, groceries are being looted and heads of state are urging calm. The view from commodities desks, however, is that we're not in quite as dire straits as two years ago. Fuel is relatively cheap and grain stores well stocked. We're on track for the third-highest wheat crop ever, according to the Food and Agriculture Organisation of the United Nations (FAO). While all this is true, it misses the point: for most hungry people, 2008 isn't over. The events of 2007-2008 tipped more than 100 million into hunger and the global recession has meant that they have stayed there. In 2006, the number of undernourished people was 854 million. In 2009, it was 1.02 billion – the highest level since records began. The hardest hit by these price rises, in the US and around the world, were female-headed households.

Not only are the hungry still around, but food riots have continued. In India, double-digit food price inflation was met by violent street protests at the end of 2009. The price rises were, again, the result of both extreme and unpredictable monsoons in 2009 and an increasingly faulty social safety net to prevent hunger. There have been frequent public protests about the price of wheat in Egypt this year, and Serbia and Pakistan have seen protests too. 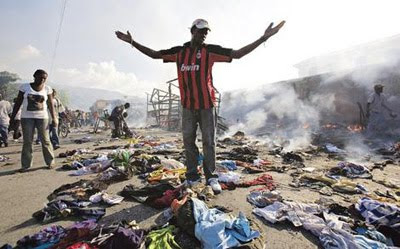 Although commodity prices fell after 2008, the food system's architecture has remained largely the same over the past two decades. Bill Clinton has offered several mea culpas for the international trade and development policies that spawned the food crisis. Earlier this year, he blamed himself for Haiti's vulnerability to price fluctuations. "I did that," he said in testimony to the US Senate. "I have to live every day with the consequences of the lost capacity to produce a rice crop in Haiti to feed those people, because of what I did. Nobody else." More generally, Clinton suggested in 2008 that "food is not a commodity like others… it is crazy for us to think we can develop a lot of these countries [by] treating food like it was a colour television set."

Yet global commodity speculators continue to treat food as if it were the same as television sets, with little end in sight to what the World Development Movement has called "gambling on hunger in financial markets". The recent US Wall Street Reform Act contained some measures that might curb these speculative activities, but their full scope has yet to be clarified. Europe doesn't have a mechanism to regulate these kinds of speculative trades at all. Agriculture in the global south is still subject to the "Washington consensus" model, driven by markets and with governments taking a back seat to the private sector. And the only reason biofuels aren't more prominent is that the oil they're designed to replace is currently cheap.

Clearly, neither grain speculation, nor forcing countries to rely on international markets for food, nor encouraging the use of agricultural resources for fuel instead of nourishment are natural phenomena. These are political decisions, taken and enforced not only by Bill Clinton, but legions of largely unaccountable international development professionals. The consequences of these decisions are ones with which people in the global south live everyday. Which brings us back to Mozambique. 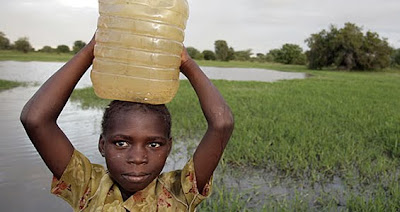 Recall that Mozambique's street protests coincided not only with a rise in the price of bread, but with electricity and water price hikes too. In an interview with Portugal's Lusa news agency, Alice Mabota of the Mozambican League of Human Rights didn't use the term "food riots". In her words: "The government… can't understand or doesn't want to understand that this is a protest against the higher cost of living." The action on the streets isn't simply a protest about food, but a wider act of rebellion. Half of Mozambique's poor already suffer from acute malnutrition, according to the FAO. The extreme weather behind the grain fires in Russia transformed a political context in which citizens were increasingly angry and frustrated with their own governments.

Yesterday, I reached Diamantino Nhampossa, the co-ordinator of Mozambique's União Nacional de Camponeses (National Peasants Union of Mozambique). "These protests are going to end," he told me. "But they will always come back. This is the gift that the development model we are following has to offer." Like many Mozambicans, he knows full well which way the wind blows.
Posted by Next Year Country