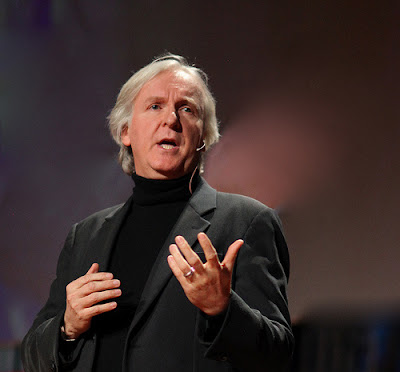 OTTAWA — Avatar director James Cameron will be visiting the Alberta tar sands and meeting with First Nations leaders in the area this month, APTN National News has confirmed.
The blockbuster Hollywood director is expected to be in the area for several days to tour the tar sands, meet with First Nations leaders along with industry and government officials.

The tour is being organized by local First Nations communities along with the Indigenous Environmental Network.

The Oscar-winning director has also earned a reputation as an environmental activist. Earlier this year, Cameron called the tar sands a “black eye” on Canada.

Cameron attended the UN Permanent Forum on Indigenous Issues in New York City this spring and was invited to visit the tar sands by former Mikisew Chief George Poitras during a special screening of Avatar in the city.

Cameron recently became involved in battle between an indigenous tribe in Brazil and the government over construction of a massive hydro dam.

The Xikrin-Kayapo tribe in Brazil is trying to stop construction of the Belo Monte dam which threatens to displace thousands of people and destroy their traditional lands in the Xingu River basin.

Cameron is reportedly working on a 3-D documentary about the battle over the dam.

Cameron, who was born in Kapuskasing, Ont., is expected to tour the Alberta tar sands by helicopter on September 27 and meet with First Nations leaders in Fort Chipewyan the following day. On Sept. 29, he is expected to travel to Edmonton to meet with members of the provincial government and hold a news conference. There are also still unconfirmed plans for him to meet with industry representatives.

News of Cameron’s trip comes on the heels of a visit to Ottawa this week by U.S. House of Representatives Speaker Nancy Pelosi who spent the last two days meeting with Alberta’s premiers, First Nations leaders and environmental groups on the tar sands.

Pelosi, who is in Ottawa to attend a G8 Speakers conference Friday, said she’d like to see the U.S. reduce its dependence on fossil fuels from Canada, The Globe and Mail reported. Pelosi reportedly said she didn’t like fossil fuels and didn’t care where they came from, the paper reported.

Athabasca Chipewyan First Nation Chief Allan Adam met with Pelosi on Thursday at the U.S. Embassy and told her the tar sands had created a health hazard for people in his community.

“She reacted startled to the health issues in the community. It’s an issue that’s brewing and it will continue to brew if we allow development to continue at the pace that it’s happening,” said Adam, in an interview with APTN National News after the meeting. “She was pretty receptive to the whole thing. She was very sincere in her words that something has to give.”

Adam has accused the federal and provincial governments of covering the high cancer rates in his and neighbouring communities and their connection to tar sands development.

Assembly of First Nations national Chief Shawn Atleo said he supported the Alberta chiefs in their attempts to get the word out about the health impacts of the tar sands on First Nations peoples.

“First Nations across the country are concerned about the impacts of oil sands development on First Nations peoples, the environment, our traditional foods, our cultural and spiritual practices and our ability to exercise our rights in our traditional territories,” said Atleo, in a statement. “It is crucial that First Nation voices are heard as these meetings may influence U.S. energy policies and purchases of Canadian energy.”
Posted by Next Year Country