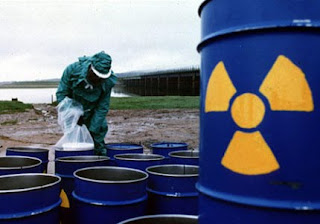 Northern communities being courted as the site for a radioactive waste dump should be wary of the safety claims being made by the waste management agency controlled by the nuclear industry, says a new analysis of the scientific studies on underground waste disposal commissioned by Greenpeace.

Canada’s Nuclear Waste Management Organization (NWMO) began looking in May for a community willing to have the nuclear industry’s harmful and dangerous waste buried in its area. The NWMO is offering large economic benefits to any community willing to take large quantities of the nuclear industry's radioactive waste. The agency has claimed such a proposal would be safe for the environment and community.

“Canadian communities should beware of being taken down the garden path by the nuclear industry’s desire to bury its biggest public relations problem – radioactive waste,” said Shawn-Patrick Stensil, a nuclear analyst with Greenpeace Canada. “The commissioned analysis documents the blanks in our understanding of the threats of deep geological waste disposal that get papered over in the selling job of the nuclear industry.”

The Greenpeace study, “Rock Solid?: A scientific review of geological disposal of high-level radioactive waste” by Dr. Helen Wallace, identifies a series of risks and uncertainties that could lead to the release of radioactivity in a deep geological radioactive waste repository. The report focuses on repository proposals in Sweden and Finland. The NWMO often cites Sweden’s approach to radioactive waste disposal as an example to follow. However, the report found key reports produced by the advisory bodies in Europe make little or no reference to scientific studies.

“We are talking about trying to bury thousands of tonnes of highly dangerous waste for longer than people have existed on Earth. It would be a significant engineering feat if it worked but, if miscalculated, could release highly radioactive waste into our groundwater or seas for centuries, so far below ground that there will be nothing we can do about it,” said Stensil.

• accelerated corrosion of nuclear waste containers;
• heat and gas formation leading to pressurization and cracking of the storage chamber;
• unexpected chemical reactions;
• geological uncertainties; future ice ages, earthquakes and human interference;
• the different constitution of waste from future nuclear reactors and its complicated chemistry adds to the uncertainty;
• the limits of computer modeling to account for multiple factors including heat, mechanical deformation, microbes as well as gas and water flow through rock formations over long time scales;
• the potential for interpretive bias given that most studies supporting deep geological repositories are funded by the nuclear industry or supporting agencies promoting deep geological disposal. 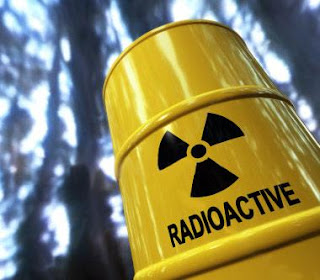 “This study yet again demonstrates that there is no solution to the nuclear waste problem. The technical case for geological disposal has simply not been made. Given that, it’s completely unethical for Ontario and other provinces to continue producing nuclear waste,” said Stensil.

Dr Wallace has a PhD in environmental modeling from Exeter University and is an expert on the role of computer modeling in policy decisions. She is currently Director of the science-policy research group GeneWatch UK.

Greenpeace Canada’s Don’t Nuke Green Energy campaign seeks to expose and stop subsidies and sweetheart deals given to the nuclear industry that undermine the development of green energy. Subjecting future generations and the environment to the costs and risks of radioactive waste is another way that the nuclear industry hides its true costs.

Rock Solid? Is available for download at http://www.greenpeace.org/canada/Global
Posted by Next Year Country