Foundations and the Environmental Movement

An Interview With Daniel Faber
By Michael Barker
Counterpunch 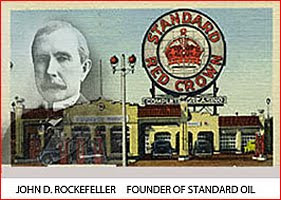 Daniel Faber is Professor of Sociology and the Director of the Northeastern Environmental Justice Research Collaborative at Northeastern University. He completed his Ph.D. in Sociology at the University of California at Santa Cruz in 1989, and his first published book was Environment Under Fire: Imperialism and the Ecological Crisis in Central America (Monthly Review Press, 1993). Since then Faber has published Capitalizing on Environmental Injustice: The Polluter-Industrial Complex in the Age of Globalization (Rowman & Littlefield, 2008), and is the editor of The Struggle for Ecological Democracy: Environmental Justice Movements in the United States (Guilford Press, 1998), and coeditor with Deborah McCarthy of Foundations for Social Change: Critical Perspectives on Philanthropy and Popular Movements (Rowman & Littlefield, 2005). Faber is also an editorial board member of Capitalism, Nature, Socialism: A Journal of Socialist Ecology (1988-present). This interview was undertaken by email in September 2010.

Michael Barker (MB): When do you first remember reading or hearing about critiques of liberal philanthropists and their foundations? What was your initial reactions to such criticisms? Here I am predominantly thinking about the former "big three" foundations, the Ford, Rockefeller and Carnegie foundations.

Daniel Faber (DF): I come at the politics of philanthropy as a long time scholar-activist in a family of activists, where the need to raise money to support our various organizing efforts has always been a central issue and topic of discussion. So, I’ve been thinking about this for over 25 years, and writing about it over the last ten years. In my view, there are three fundamental sets of issues that must be confronted.