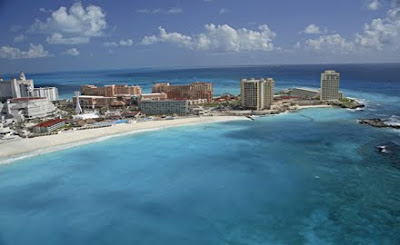 SANTIAGO, Sep 21 (IPS) - The "people's" climate agenda that the Bolivian government and civil society produced at an April conference in Cochabamba has made its way to the official United Nations negotiating table. But its inclusion in a binding climate treaty is unlikely, say activists.

The agreement approved by the World Peoples' Conference on Climate Change and the Rights of Mother Earth, in the Bolivian city of Cochabamba, was a response -- founded on the idea of climate justice -- to the derailed official talks for a new, obligatory global climate pact.

The failure of the negotiations was evident last year at the Copenhagen climate summit, officially known as the 15th Conference of Parties (COP 15) to the United Nations Framework Convention on Climate Change (UNFCCC).

In August, the Bolivian government of leftist Evo Morales applauded the Ad Hoc Working Group on Long-Term Cooperative Action under the Convention for its decision at a Bonn meeting to include more than a dozen proposals from Cochabamba in the text to be negotiated going forward.

Among them are proposals to establish an international tribunal on climate justice and to limit the increase of the global average temperature to one degree Celsius, with the consequent need to reduce carbon dioxide in the Earth's atmosphere to 300 parts per million (ppm).

Currently, the concentration of this greenhouse gas is 387 ppm. According to scientists, if it cannot be reduced to 350 ppm or less, the global average temperature will rise more than two degrees Celsius -- with catastrophic environmental, social and economic consequences.

The delegates in Bonn also agreed to discuss a 50-percent cut in greenhouse gas emissions by industrialised countries for the second period of commitments under the Kyoto Protocol on climate change, from 2013 to 2017.

They also agreed to bring in the concept of the rights of Mother Earth, the perspectives of indigenous peoples, and the issues associated with human migration spurred by climate change.

At the core of the official negotiations is determining just how far the wealthy countries are willing to reduce their greenhouse emissions.

The draft text also covers some of the Cochabamba meet's more controversial demands: the exclusion of market mechanisms in forestation activities, and opposition to converting natural forests into monoculture tree plantations.

The negotiators said they are open to considering measures to block intellectual property protections when it comes to technology transfer aimed at mitigating climate change.

The draft will be debated Oct. 4-9 in the northeastern Chinese city of Tianjin, and finally at the 16th Conference of Parties (COP 16), to take place in the Mexican Caribbean resort city of Cancún, Nov. 29-Dec. 10.

"The proposals of the Cochabamba peoples' summit have been included, which means they will be taken into account," said Colombian activist Lyda Fernanda Forero, of the Hemispheric Social Alliance, which includes non-governmental organisations (NGOs) and networks from Canada to Chile.

But "the lack of will of the developed countries has not changed, and the discussion will continue on the same terms that have been in place till now, making it difficult to reach binding conclusions," Forero told Tierramérica.

"Although it is legitimate and very beneficial that the contents of the 'Peoples Agreement' have been submitted to the official talks, we don't see the possibility that they will be included in the treaties in Cancún, if there are any," agreed Eduardo Giesen, coordinator of Chile's Alliance for Climate Justice.

Stanislaw Czaplicki, co-founder of Climate Reaction Bolivia, an NGO, said in a conversation with Tierramérica, "no issue will reach enough consensus to achieve the level of concrete and approved policy."

In his opinion, there will be spaces in Cancún to debate scientific, technological and financial issues, "but there are not, nor do they pretend to be, a space in which to talk about economic geopolitics," which he says are the basis of the biggest controversies.

The pessimism of the Latin American activists only seems to underscore the divisions among the civil society groups planning to participate in the Cancún events.

There will be at least three distinct sites for alternative forums at COP 16. A group of about 50 NGOs, among them Germany's Heinrich Böll Foundation, created the Climate Dialogue-Mexican Space. The Hemispheric Social Alliance plans to be there.

Another set of organisations will take part in Klimaforum 2010, continuing the experience they began at COP 15 in Copenhagen. Its political platform is very similar to that of Cochabamba.

Meanwhile, the global movement of rural workers and farmers Vía Campesina will set up camp in Cancún.

The Cochabamba proposals are "radical," said Jorge Villarreal, the Heinrich Böll Foundation's regional coordinator for Mexico, Central America and the Caribbean, adding: "We fear the negotiations will be radicalised and there is a risk of breakdown."

However, he acknowledged to Tierramérica that there are "points of consensus, for instance, that the UN Convention should administer the global funds, developed countries should change consumption patterns, and a climate tribunal should be created."

The peoples' agenda "is not going to be become part of the Cancún agreement because (the governments) are more interested in discussing other issues, like market mechanisms," said Alberto Gómez, coordinator for North America of Vía Campesina.

In the opinion of Forero, of the Hemispheric Social Alliance, "COP 16 once again will be a moment of tension for imposing the Copenhagen Accord," forged at the last minute by Brazil, China, United States, India and South Africa. That non-binding agreement does not have fixed targets for reducing greenhouse emissions.

The Copenhagen Accord has been slowly accumulating the signatures of many less developed and vulnerable countries, "which see it as the only way to obtain resources, though scant, for confronting the impacts of climate change," said Chilean Giesen.

In this context, the activists are setting their sights on building alliances and proposing alternatives to the "dominant model," for example, at the upcoming meeting of the Group of 20 wealthy and emerging nations, Nov. 11-12 in Seoul, said Forero.

For Giesen, sooner or later "the movement for climate justice will converge in the countries of the developing South with other citizen groups to influence public policies, and will emerge as political actors at the national level."

The Chilean activist believes that transformations at the national level, not in the international arena, "are the only real possibility for the convergence of civil society and government positions" on climate change.

* Emilio Godoy (Mexico) and Franz Chávez (La Paz) contributed reporting. This story was originally published by Latin American newspapers that are part of the Tierramérica network. Tierramérica is a specialised news service produced by IPS with the backing of the United Nations Development Programme, United Nations Environment Programme and the World Bank.
Posted by Next Year Country