Nothing to lose but your ungreen chains

Only a revolution can stop global catastrophe, according to ecosocialist Joel Kovel 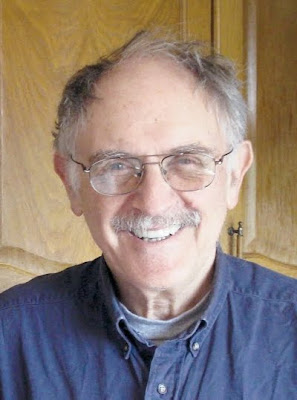 What do polar ice caps and the workers of the world have in common?

Plenty, according to ecosocialist Joel Kovel. Both, he suggests, are getting walloped with the same mighty stick: the one in the hands of the free-enterprise economy. The author of The Enemy of Nature: The End of Capitalism or the End of the World? (published in 2002 and revised in 2007) and member of the American Green Party believes that saving the earth requires nothing short of a revolution.

“It’s either that or destruction. I don’t like to put things so starkly, but I think people are coming to realize this,” he says.

While Kovel didn’t invent the term ecosocialism himself, he is the most renowned name associated with it. He defines it as a movement rooted in the socialist tradition, but with the added dimension of the environmental crisis.

“Earlier socialisms were principally about the relationship between capitalists and workers who were being exploited, and it was seen as a struggle for workers’ power and we called it a class struggle,” he says. “I still believe that’s the case, but now there’s an even larger threat, the threat towards the integrity of life itself on this planet. I see capitalism as the force that’s making life either unworthwhile or unliveable.”

Kovel sees the job of spreading the revolutionary word as a personal calling. “I talk about it whenever I can and see myself as something of an evangelist about it. It’s not a religious phenomenon, but I feel it’s something that has to really cross people’s consciousness in a way that makes a big difference.”

Kovel’s argument that capitalism can never work hinges on the grow-or-die theory, which entails the notion that, in order to survive, private companies must constantly seek out ways to expand, and thus use up more and more energy and resources.

“It’s a system of infinite growth on a finite planet. It’s an absolute contradiction, and that’s basically why we’re in such big trouble,” he says.

What about entrepreneurs and small businesses, which support families for years, even generations, without becoming multinational conglomerates? On this topic, Kovel suggests that such companies “are virtuous as long as they remain small, but in the capitalist world they don’t tend to survive or matter if they remain small. There is constant pressure on them to join up with the system. Look at how many organic farms have been bought out. That pressure is always there.”

In their book Natural Capitalism: Creating the Next Industrial Revolution (2008), Paul Hawken, Amory Lovins and Hunter Lovins put forth a critique of ecosocialism; one of their arguments is that environmental destruction can be remedied by adequate government intervention—namely, taxing pollution and resource use, and subsidizing environmentally sound practises. But Kovel disagrees.

“In the real capitalist world, government serves the ruling classes,” he says. “We see that palpably. Look at the UN-sponsored climate talks. Look at Copenhagen and even the miserable Kyoto Accord. The capitalist powers came in and wiped it all away. The government is serving giant corporations, oil corporations, all the forces that are driving this world to the brink of destruction.”

While unequivocal about the need for a revolution, the ecosocialist is less certain about precisely how to go about overthrowing the powers that be, stating that we need to think creatively, and to “learn from the mistakes of earlier socialisms.”
Posted by Next Year Country