'CPP's investment in the tar sands involves pensioners in a toxic legacy when they should be able to rely on an ethical, sustainable retirement plan.' 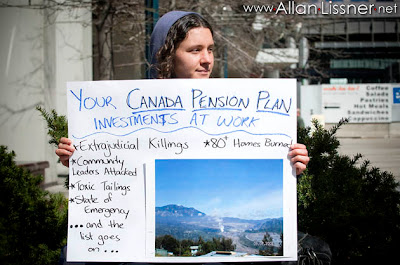 The Canada Pension Plan Investment Board (CPPIB) has drawn criticism from environmentalists for a decision to invest $250 million in an Alberta tar sands company.
Canada's largest pension plan has purchased 8,333,333 shares in Laricina Energy Ltd. for $30 per share in a private placement. The sale will give the plan a 17% ownership level in the company.

"We are pleased to be making an investment that we believe will deliver attractive returns over the long term," says André Bourbonnais, the board's vice-president of private investments.

Though not currently commercially active, the project is expected to process 5,000 barrels of bitumen per day.

The announcement has been slammed by Greenpeace, which criticizes the CPP for associating itself and Canadian pensioners with "one of the most destructive industries on the planet."

"CPP's investment in the tar sands involves pensioners in a toxic legacy when they should be able to rely on an ethical, sustainable retirement plan," says Greenpeace spokesman Mike Hudema.

The CPPIB manages the pension assets of 17 million Canadians. At the end of March, the fund held $127.6 billion in assets, of which $22.8 billion was invested in private investments.
Posted by Next Year Country