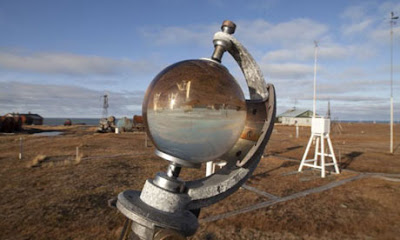 The climate scientists at the centre of a media storm were today cleared of accusations that they fudged their results and silenced critics to bolster the case for man-made global warming.
Sir Muir Russell, the senior civil servant who led a six-month inquiry into the affair, said the "rigour and honesty" of the scientists at the world-leading Climatic Research Unit (CRU) at the University of East Anglia (UEA) are not in doubt. They did not subvert the peer review process to censor criticism as alleged, the panel found, while key data needed to reproduce their findings was freely available to any "competent" researcher.
Read more here.
Q&A: 'Climategate'
Posted by Next Year Country