Michael Lebowitz: `We must choose socialism over capitalist barbarism' 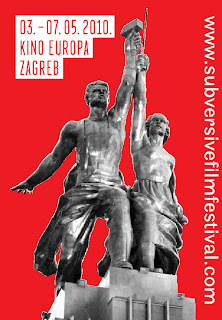 Michael Lebowitz was interviewed by Srećko Horvat during the Subversive Film Festival and conference on socialism, held from May 1 to May 25, 2010, in Zagreb, Croatia. It is posted at Links International Journal of Socialist Renewal with Michael Lebowitz's permission. [Click here to read more articles by Michael Lebowitz.]

Srećko Horvat: In May, as a participant of the big international conference on Socialism, you are coming to a country which had an experience with the the Yugoslavian version of socialism in the last century. Could you explain why socialism in the 21st century?

Michael Lebowitz: Basically, I think there is no alternative. Capitalism has always been a system that treats human beings and nature simply as a means for the purpose of making profits. The logic of capital is the growth of capital and, as Marx pointed out, its tendency is to destroy both those original sources of wealth -- human beings and nature. But how long can that go on? Production under capitalist relations is so unfulfilling that it produces people who can only get satisfaction by purchasing and possessing things. At the same time, we know that in order to be able to sell the commodities produced, capital must constantly generate new needs. It is a lethal combination – consumerism is not an accident in capitalism.
Read more here.
Posted by Next Year Country