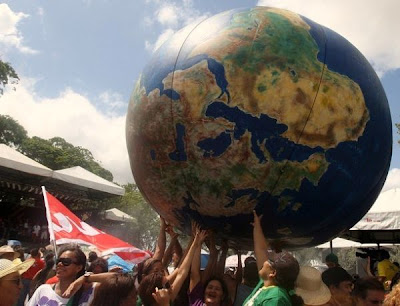 “We are faced not only with the challenge of ensuring our government puts in place plans that will effectively achieve these emissions reduction targets,” says Harden-Donahue in reference to the Harper government’s track record of ignoring the will of Parliament. “The fact is that many global SoutOttawa – The Council of Canadians is marking 50 days since the disastrous BP Oil Spill by urging Canadians to support a moratorium on oil and gas development in the Arctic. The organization is encouraging Canadians to take action by writing to the Prime Minister and Opposition Leaders, as well as the relevant Ministers and Opposition Critics at: www.canadians.org/arctic.

“While oil continues to spew into the Gulf of Mexico, the Canadian government is hosting an active bidding process for offshore exploration licenses in the Beaufort Sea and Mackenzie Delta,” says Andrea Harden-Donahue, Energy Campaigner with the Council of Canadians. “There is a perfect storm brewing for a similar disaster in the Arctic.”

With the discovery of 90 billion barrels of oil and 1,670 trillion cubic feet of natural gas under melting ice, the Arctic is increasingly being viewed as a final frontier for fossil fuel development. More than 80 per cent of the oil and gas is found offshore.

In the wake of the failure of American regulations to prevent the BP disaster, Canadian regulations have come under increased scrutiny. “Not only was there a shift to increased self, or industry regulation last December” adds Harden-Donahue, “hidden in Bill C-9, the Budget Implementation Act which passed the House today, is a provision that gives the Environment Minister capacity to decide whether or not an environmental assessment for oil and gas developments is even necessary.”

Responding both to the devastation off the Gulf of Mexico and the Canadian disaster in the making, the Council of Canadians has released an action alert urging Canadians to send a clear message to our government. The alert calls for a moratorium, an end to the current exploratory license bidding process and a reversal of provisions under Bill C-9 that will weaken environmental safeguards.

In the lead up to the recent Arctic Summit in Chelsea, Quebec (March 29, 2010), the Council of Canadians together with the Indigenous Environmental Network and REDOIL Network issued an open letter urging Arctic Ocean Foreign Ministers to use the meeting for pursuing a moratorium on all new exploration for fossil fuel resources in the Arctic region.

“It is no small irony that increased access to exploit reserves in the fragile Arctic Ocean ecosystem is largely the result of melting sea ice” says Harden-Donahue. “Pursuing a moratorium is a logical first step in the transition off of fossil fuels to sustainable jobs, energy and an improved environment for everyone.”

The Council of Canadians is urging Canadians to write the Prime Minister and Opposition Leaders, as well as the Ministers and critics for Foreign Affairs, Natural Resources, Indian Affairs and Northern Development and Fisheries and Oceans at: www.canadians.org/arctic.
Posted by Next Year Country