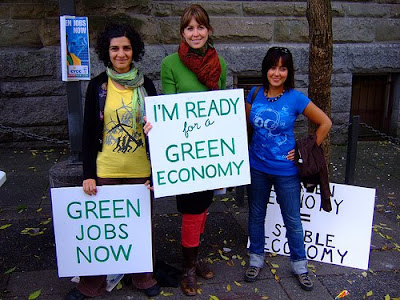 The health of the world's economy depends on the health of the world's workers, and the time is long overdue for the world's policymakers to listen to them.
This is the message trade unionists and environmentalists from around the globe wanted to send to world leaders when the former two groups met in Toronto this past weekend to demand environmental, social, and economic sustainability in advance of the G8/G20 summit. The World Conference on Sustainability was organized by two Geneva-based global trade union federations, ICEM, and IMF, and was well attended by Canadian labour activists and leaders.

The consensus of the conference was that it is impossible to achieve environmental and financial sustainability unless social sustainability is also included, with secure jobs and social safety nets. Leo Gerard, International President of the United Steelworkers, spoke about the importance of the role of organized labour in the process. "There can be no sustainability at any level unless we have a strong, active, and engaged labour movement," he said. "If [those who created the current economic crisis] can weaken or erode the labour movement, then their next step is the social justice movements. And their next step is total dominance of their ideology." 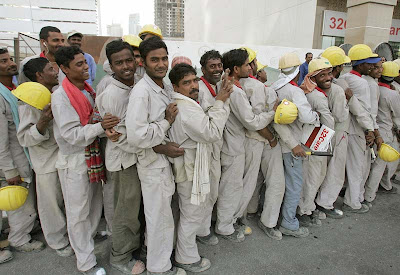 Monica Veloso, Vice President of the National Confederation of Metalworkers in Brazil, stressed the importance of workers participating in the public regulation of the economy. "We need to overcome the development models that overexploit labour, destroy the environment, and create food, social, energy and even financial crises around the world. The state must play the role of regulator and director for sustainable economic development when market forces have enticed companies to protect their earnings and profit lines without thinking about the workers. Men and women workers must actively participate in the designing of public policy to guarantee lesser impacts on the environment, and must ensure that we leave wealth for future generations."

The conference created a declaration, Fighting Together -- Fighting for a Sustainable Future, aimed at G8/G20 leaders. Key recommendations in the declaration include strengthening financial, environmental and labour regulations, and ensuring that these are included in any trade agreements, along with effective enforcement mechanisms. The Declaration also called upon world leaders to implement the so-called Robin Hood tax on global financial transactions, create secure green jobs, reach a binding agreement on greenhouse gases, and to fully involve unions and civil society organizations in any bilateral or multilateral trade agreements. 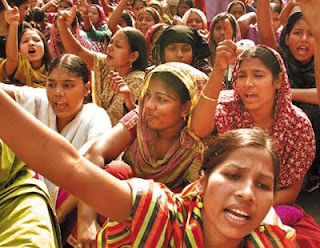 The situation for workers has reached crisis levels worldwide, said delegates and attendees at the conference. According to Judith Kirton-Darling, Policy Advisor for the European Metalworkers' Federation, Europe has lost 10 per cent of their manufacturing workforce, and youth unemployment has reached epidemic proportions.

"Immediately when the crisis hit, we lost all fixed-term and temporary agency workers -- they were the first victims," explained Kirton-Darling. "And that has created a crisis of an aging workforce. Within a very short period, we saw the average age in our industries leap 10-15 years with the loss of younger workers who were largely in precarious employment. What we're facing in Europe is the danger of a lost generation. We have about 20 per cent youth unemployment across Europe, and in some countries, it's staggeringly higher and a major concern."

Ken Lewenza, President of the Canadian Auto Workers, shares Kirton-Darling's concerns. "I want to in particularly support what [Kirton-Darling] is talking about, which isn't being raised enough, and that's the young workers who are losing their jobs," he said. "And the young workers who are losing the opportunity of having gainful employment in a unionized workplace. It's a real challenge for those of us in Canada to try to deal with that consequence of this global meltdown."

Also attending the conference was federal NDP candidate and CAW Senior Negotiator Peggy Nash. She wants governments to begin once again to exert public control over the private sector. "It is that public good and regulation of public good that has been in decline for the past three decades, and that needs to be reversed," she told rabble.ca. "Unless you have elected officials acting in the public good, then you get to have corporations acting in their self-interest, greed, and sometimes fraudulent self-interest."

Nash brought up the fact that there have been 1,500 foreign takeovers in Canada, an issue that hits close to home for Gerard, whose career started at 18 years of age at Inco in Sudbury, now owned by Brazilian corporation Vale. 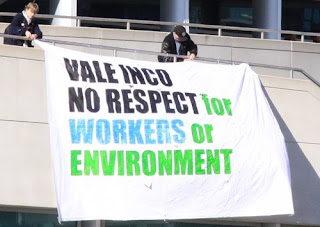 "They came to my hometown, came to this country and were allowed to acquire one of the richest resources in the world, the nickel basin," said Gerard. "And from the day they got there, they've been attacking workers rights, collective agreements, pensions, and workers' rights to a decent job." Workers at Vale in Sudbury have been on strike for almost a year, and a number of them were in attendance at the conference.
According to Nash, the Canadian government is moving in the wrong direction, citing the Canada-Colombia Free Trade Agreement passed this week in the House of Commons despite the major human rights violations of workers in Colombia. "Even the United States is now stalling and probably will not agree to free trade with Colombia," she said.

The major challenge will be getting G8/G20 leaders to pay attention to the recommendations put forth at the conference this weekend and making them act upon them. Delegates and attendees agreed that the only way to make them listen is through mass mobilizations and electing progressive political leaders to replace current leaders.

"I think it will take world mobilization of workers and civil society to get them to change their minds," said Dave Coles, President of the CEP. "They're incapable of listening to workers' concerns, otherwise we'd not be in this dilemma we're in now. We're going to have to throw a number of their sorry asses out of office to catch their attention." 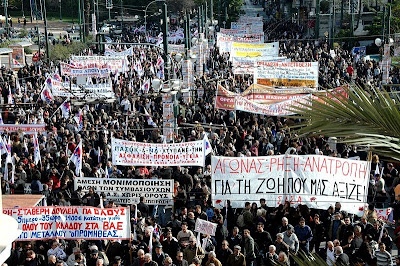 Kirton-Darling used the general strikes in Greece, as well as a Europe-wide mass mobilization planned for September 29th, as examples of the kind of organizing that needs to occur. She also stressed the importance of engaging young people by organizing precarious workers and representing their concerns.
Despite the presence of key Canadian and international labour leaders, the press conference held by organizers was sparsely attended; only rabble.ca, RadioLabour, and CBC showed up.

This was not a surprise to Coles. "We cannot depend on mainstream media," he told rabble.ca. "They're not here, nor will they ever be here. And it's not the workers' fault. It's the corporate media, and corporate media will tell them not to hear our voices."

Coles is not discouraged, though. "We've learned to use YouTube, independent media to get around their blockade, and I think [G8/G20 leaders] are going to get a surprise about the amount of noise created by working class people in opposition to their economic agenda. Web pages, Twitter, Facebook will all be used by civil society groups and the labour movement leading up to [the G8/G20 summit]. I have a lot of confidence that you'll see the debate being forced on the politicians to deal with the issues."

Michelle Langlois is a staff member at rabble.ca.
Posted by Next Year Country