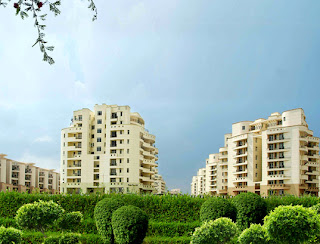 Erik Olin Wright is Vilas Distinguished Professor of Sociology at the University of Wisconsin. This discussion focuses on his recently published book, Envisioning Real Utopias. In this part, the focus is on the foundations of emancipatory alternatives to capitalism, and the existing practices that inform those foundations. The second part, following shortly, will focus on questions on the transition to a ‘real utopian’ future.

Why do you think there is a need for visions of social arrangement very different from those that we have now? Why is there a specific need for ‘real utopian’ visions?

There are really two somewhat questions here: why do we need to look for fundamental alternatives to existing social institutions, and why should these alternatives be framed as “real utopian” visions.

First, the issue of the search for alternatives: We live in a world characterized by deeply troubling, if familiar, contrasts: poverty in the midst of plenty; enhanced opportunities for some people to live creative, flourishing lives alongside social exclusion and thwarted human potential; new technologies to cure disease, enhance health and prolong life along with untreated, devastating illness.

There are, of course, many possible explanations for these facts. Some people believe that poverty in the midst of plenty constitutes simply a sad fact of life: “the poor will always be with us.” Defenders of capitalism argue that this is a temporary state of affairs which further economic development will eradicate: capitalism, if given enough time, especially if it is unfettered from the harmful effects of state regulations, will eradicate poverty.

Many social conservatives insist that suffering and unfulfilling lives are simply the fault of the individuals whose lives go badly: contemporary capitalism generates an abundance of opportunities, but some people squander their lives because they are too lazy or irresponsible or impulsive to take advantage of them. If you accept any of these diagnoses, then there would not be much point in elaborating visions of social arrangements very different from those we have now.

But if you believe, as I do, that there is very strong social scientific evidence that these morally salient forms of inequality and deprivation are mainly consequences of fundamental properties of the socioeconomic system, then it is imperative to understand alternatives to the existing world which would mitigate these harms.
Read more here.
Posted by Next Year Country