Oil Leaks And Other Human Disasters 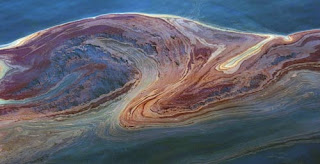 Each day I get angrier and angrier watching the disaster in the Gulf of Mexico worsen. As more facts emerge as to the accidents for which BP is responsible, or the manner in which oil companies have been given almost carte blanche in terms of their ability to drill off-shore, my anger and frustration heighten. And, watching the television reports on the impact that has already been felt by the people and environment of the Gulf Coast only heightens the fury. Yet what I began pondering in light of this disaster and the April disaster at the Upper Big Branch/Massey Energy mine in West Virginia, was the question as to what changes will be brought about as a result.

There was a time when human-originated disasters generally seemed to bring about some sort of reform in the system; sometimes mild, other times more significant. These disasters normally captured the attention of the public, such as the Triangle Shirtwaist Fire in the early 20th century, or the exposures of workplace health and safety violations in the 1970s. One could even include here Ralph Nader's famous "Unsafe at any speed" expose of the automobile industry.

What seems to have changed is that we are now more programmed to take a voyeuristic approach toward disasters and not translate our outrage into action. The impact of Hurricane Katrina is an example. While the hurricane itself was a natural disaster (though it can be argued that its intensity may have been related to global climate change), the situation on the ground and the overall lack of preparedness, accompanied by the anemic reaction by the federal government, was anything but natural.

That said, the national, popular response which combined fury at what was happening to the Gulf Coast residents with significant compassion, did not translate into social action. In fact, despite the evidence of human misdeeds, whether the blocking of bridges to stop New Orleans residents from fleeing to the sluggish response of the federal  government to offer support to the introduction of pro-business economic approaches to the rebuilding of the Gulf, there was effectively no national movement for justice for the Gulf Coast. While there were instances of protest, the more common response was one of anger mixed with despair. 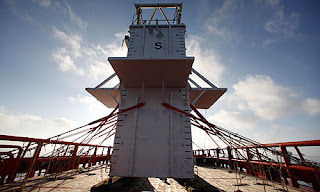 The current Gulf Coast disaster in the form of the leak from the BP drilling site is almost beyond belief, but after all is said and done, what changes will be introduced? After all, shortly prior to the disaster President Obama announced his willingness to open locations on the East Coast to off-shore drilling.

While such measures have been put on hold in light of the BP fiasco, will the hold be released once the oil flowing from the BP site is--hopefully--capped?
My guess is that very little will change until and unless the response to the disaster is connected with a social movement. When one considers, for example, the Triangle Shirtwaist fire, the changes that were introduced in its aftermath were not the result of the conscience of government but the self-organization of workers who built a movement to demand changes. After Katrina, by contrast, there was no national movement to protect the evacuees; to challenge the  destruction of the New Orleans education system; and to oppose President Bush's efforts at rebuilding the Gulf Coast to meet the needs and desires of the rich. There were discussions about how to get Black contractors a piece of the action in terms of rebuilding and there was anger about immigrants being brought in to do the rebuilding. But somehow we lost our way.

No one can assume that the extent of the current disaster in the Gulf Coast will, on its own, lead anyone in government or industry to automatically conclude that something different needs to be done. For change, there will need to be popular force, and that means that we need to get organized. Wishing for it to happen is worse than futile.

http://www.blackcommentator.com/375/375_aw_oil_leaks.php
Posted by Next Year Country