Green is for Go in Colombia 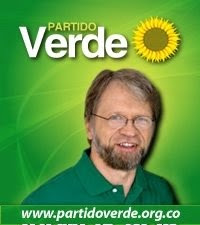 Mockus' Surprising Run
The amazing rise of Antanas Mockus and his Green Party in Colombia belies the stereotype, common even among Latin America specialists, of a country irredeemably plagued by violence and appropriately known for its “faux democracy.” Mockus and the Greens prove that Colombian democracy can be real enough, though admittedly conflicted. The sudden surge of Mockus is not completely surprising.

It is, rather, a new chapter in an old struggle between two powerful political currents in Colombia’s societal evolution, where controversial movements of popular mobilization and democratic optimism have repeatedly had to face presidential administrations, now embodied in the Álvaro Uribe administration, one that is no stranger to violence and intimidation. What is at stake is not just how Uribe will go down in history, but whether the harsh realities of the Uribe presidency will allow the White House to reverse itself and back the pending U.S.-Colombia Free Trade Agreement (which it seems to want to do) that President Obama opposed while he was a member of the Senate.
Read this article here.
Also see Columbia's Surging Greenwave
Posted by Next Year Country