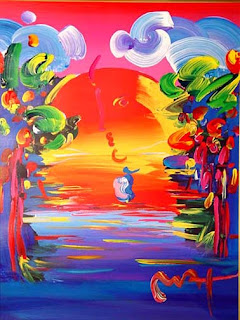 The most serious aspect of the crisis facing the global capitalist system is not the bankruptcy of financial corporations, or the global economic downturn, or the discrediting of its institutions of political control. The greatest threat to the continuity of the capitalist mode of production is the environmental crisis caused by the irrational destruction of nature, to the point of jeopardizing the ability of self-regeneration of the ecosystems on which our survival depends.

For many analysts, however, a new long cycle of economic growth would be to take off thanks to the efforts of countries like China and India, now converted into more desirable markets to transnational capital because of its abundant cheap labor and "unregulated." What analysts often do not reveal is that the high rates of GDP growth in China, over 10% annual figures are misleading if one takes into account that do not involve the serious environmental and social liabilities generated by the "market socialism" adopted by this nation since 1979. Indeed, since the late nineties, "the World Bank estimated that pollution costs the country the equivalent of 8% of its annual production. That is, the enviable growth in China (...) is almost offset by environmental costs [and social] hidden, such as reduced life expectancy and declining arable land [1].

But not only the economies of China and India will be forced to include in its accounting, sooner or later, vast economic losses caused by global warming and climate disasters, depletion and water pollution, deforestation and desertification of soils, chemical pollution of food, declining wild fish stocks, the mass extinction of plant and animal species, depletion and scarcity of renewable energies, overpopulation and pollution in cities, migration and pandemics, but each and every one of these environmental liabilities must be paid, on time, for all humanity.

The invoices generated by climate change, for example, have already begun to alarm some sectors of financial capitalism as insurance companies. In 2000 a group of researchers led by Andrew Dlugolecki, belonging to CGMU Insurance Group (the largest insurance group in Britain), published a report according to which the property damage caused by global climate change show a growth rate of 10% annually. This trend continues, by the year 2065 the upward curve of the loss curve will cross the Gross World Product growth, estimated at 3% annually. This means that the magnitude of the damage caused by the greenhouse effect that year will be identical to the volume of all the wealth produced on the planet. According Dlugolecki, long before the two lines intersect the global economy will become bankrupt [2].

Given this evidence, it is becoming more uncertain the possibility that capitalism (powered by China, U.S., or both) to reach a new cycle of expansion similar to what occurred between 1945 and 1970. Similarly, it is absurd to think that it is feasible to transform the prevailing social relations of production and build a new society truly equitable, participatory and sustainable, using the same energy patterns, technology and products developed over the past three centuries by the system of domination it aims to transform.
This apparent impasse does not mean that we are doomed to barbarism or that we reject outright the entire scientific and technological legacy of modernity. What corresponds to this dilemma is to be cautious against the risk of shipwreck, which would be any alternative socio-political project, to be led by the compulsive desire for reproduction of productive forces deployed by capitalism, without a critical assessment of its effects ecological, social, political and cultural. Do not forget that the stranglehold of political democracy and workers' management on behalf of the priority given to technology and arms competition with the West, was one of the fundamental causes of the collapse or involution of the most important trials of the twentieth century socialists. 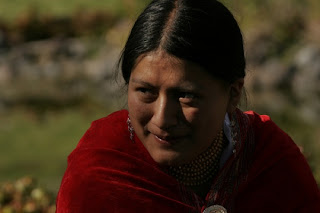 Against this background, it is important to examine the responses to the problem of ecological unsustainability of "progress" generated by left-wing political movements that have recently won power in Latin America. Beyond the philosophical differences, programmatic and contextual, a first common feature of the new popular government has been the emphasis on the role of the state to curb social imbalances aggravated by free-market policies implemented in the nineties. In practice, this has meant a greater concern for social justice, the strengthening of government services and health education, the emphasis on economic sovereignty and greater cooperation and integration among the countries of the region to try to escape their historical subordination to the United States.

While recognizing the merits of this effort, we note with concern that the problem of unsustainability of our economies still not a priority for most governments in the new Latin American left. Categories such as "development", "progress" and "economic growth" continue to guide the public policy objectives, what continues to be understandable given the urgency to grow our economies to distribute wealth more equitably and address problems of poverty that afflicts the vast majority of our population.

But despite the dominance of the development ideology, it is fair to say that there have been some significant achievements in the fight to rid the legitimating myths of capitalist modernity and lay the foundations for a truly alternative political paradigm. An example is the principle of Good Living, which underlies the constitutions of Bolivia and Ecuador. Good Living or Sumak Kawsay, in Quechua, is a concept from the worldview of the native peoples of the Andes and the Amazon, which refers to community life in harmony with nature and culture or wisdom of the ancestors. It has nothing to do with modern anxiety "better", nor with the ideology of unlimited growth and progress, as it responds to a world view totally different from the capitalist ethic which encourages us to compete with others to produce and consume more, regardless of why our fellows have to "live evil." As Leonardo Boff says:

"On the contrary, points to a Good Living Ethics enough for the whole community, not just for the individual. Good Living is a holistic and integrated human being, immersed in the great earth, which also includes humans, air, water, soils, mountains, trees and animals (...) in deep communion with Mother Earth [3].
The Good Life is one of the most original conceptions inspiring revolutionary processes taking place in Latin America. Based on this philosophy, it is possible to characterize the fundamental force lines of the transition that will allow us to save civilization from the devastation and contribute to the flourishing capitalist societies ecosocialists XXI century.

Five Dimensions of the transition 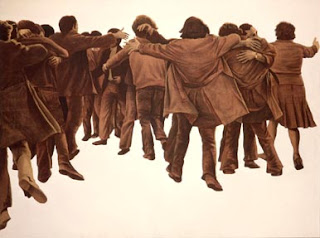 The first dimension of this complex transition would be the end of the cycle of non-renewable and polluting energy sources (coal, oil, gas, nuclear energy) and the beginning of the era of clean and renewable energies (wind, solar, hydro, geothermal, tidal, etc.). Another affine transformation is the replacement of industrial agriculture based on monoculture and the use of pesticides and genetically modified seeds for a new agricultural model oriented towards the care of biodiversity, organic farming methods, the rescue of knowledge and techniques traditional farmers and indigenous and local self-sufficiency. It also would have to proceed to the replacement of individual car of public transport by non-polluting to facilitate reducing the size of cities, as well as fostering a culture of recycling and frugal consumption, minimizing the weight of our "ecological footprint" on Mother Earth.

The second transition would be marked by the transition from private ownership and hierarchical and authoritarian means of production, to different forms of collective ownership and participatory management of production, distribution and services. The economic dimension of the ongoing transformation has its roots in centuries of struggles to end poverty and exclusion caused by the "invisible hand" of the market.
The third would be the transition from representation to participation as guiding criteria of the political organization of society. The crisis of parties and democracy delegations noted the need to build a new institutional framework to respond to the aspirations of peoples' permanent participation in making decisions on matters of collective interest. In this context, participatory democracy and direct democracy are the trends that emerged as alternatives to the old political order in agony on the horizon of the twenty-first century.
The fourth transition is reflected in contemporary struggles against cultural homogenization imposed by blood and fire from the fifteenth century European colonization of the Americas, Africa, Asia and Oceania, and implemented, from the twentieth century, through strategies seduction advertising developed by the mass media. Faced with this attempted annihilation of popular identities, different expressions of cultural resistance rise to combat the defects of discrimination, racism and xenophobia and promoting intercultural dialogue within a framework of mutual respect for differences.

Finally, the fifth transition has to do with the end of the historical cycle of dominance of patriarchal societies and the establishment of new relations of gender equity, as evidenced by the growing role of women in the exercise of roles previously reserved for men and vindicating the civil rights of sexual identities.
In short, these five trends and others which teem in the womb of capitalism senile form the context in which the ecosocialism erupts as political expression of an ethic, which is both global and local levels, focusing on shared responsibility to preserve the continuity of life on Earth by the selection of technological and friendly energy patterns of the health of human beings and nature. An ethics to safeguard the inalienable right of peoples to travel its own path toward the common good, in accordance with the ancient knowledge and indigenous cultural identities. An ethic that makes possible the construction of a new fair international economic order and solidarity, where poverty, exclusion and the fratricidal war to become, sooner rather than later, in the remains of a historic step for mankind overcome.
_______
[1] Johnson, Ian (1998, January 2). The cities 'bumper' hamper migration in China. Wall Street Journal.
[2] Climate change will bankrupt the world (2000, November 1924). The Independent. Available: http://findarticles.com/p/articles/mi_qn4158/is_20001124/ai_n14354408?tag=untagged
[3] Boff, Leonardo (2009, April 3). To live better or 'Good Living'? Fusion Magazine. Available: http://www.revistafusion.com/20090403817/Firmas/Leonardo-Boff/ivivir-mejor-o-el-buen-vivir.htm
Posted by Next Year Country