The free trade agreement that Canada and the European Union are negotiating, which Prime Minister Harper is discussing today with EU Commission President Jose Manuel Barroso, will worsen the climate crisis by locking in an unsustainable economic model and empowering corporations to legally challenge new environmental measures that interfere with their profits, says the Indigenous Environmental Network and the Council of Canadians.

“This ‘comprehensive’ trade pact that Canada and Europe are pursuing is a bit like an anti-Kyoto accord,” says Clayton Thomas-Muller of the Indigenous Environmental Network, who is in Brussels today to speak about the human rights and health impacts of tar sands production at an event co-sponsored by Friends of the Earth and the European Commission.

“Based on a leaked copy of the agreement, the sustainable development chapter has no teeth while its investment chapter would protect European oil companies in the tar sands from any attempt to slow down or shut off production,” Muller says. “Canadian and European parliamentarians have their priorities all wrong if they would rather speed ahead with this free trade agreement before seriously addressing the desperate public health and environmental costs of tar sands production.”

According to the leaked text of the Comprehensive Economic and Trade Agreement, Canada is pushing Europe to include an investor-state dispute process as in NAFTA’s controversial Chapter 11. Corporations have used this legal tool in North America to challenge legitimate environmental and public health policies, including recently Quebec’s pesticide ban, an Ontario government rejection of landfill that would have polluted an important Indigenous water source, and a government decision in Nova Scotia not to proceed with a quarry after an environmental assessment found it would also have damaged nearby waters. 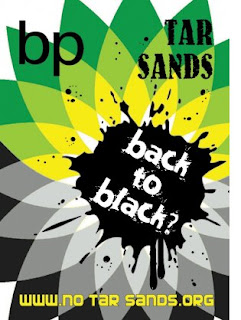 “Canada has not produced a single important environmental policy in Canada in 20 years and the culprit is clearly free trade and investment guarantees that polluters can wield like a stick against governments who think protecting people or the planet is more important than protecting corporate profits,” says Stuart Trew, trade campaigner with the Council of Canadians. “Clearly a new trade and economic model is needed but the Canada—EU negotiations just repeat old mistakes. These talks should cease immediately.”

“Faced with a climate crisis, reducing emissions must be a priority for governments; the Harper government has clearly failed to step up to this challenge,” says Andrea Harden-Donahue, climate justice campaigner with the Council of Canadians. “The European government should not reward Canada with new access to the EU market for irresponsible tar sands.”