Whether it's climate change or vaccination, we are inundated with controversies involving science. 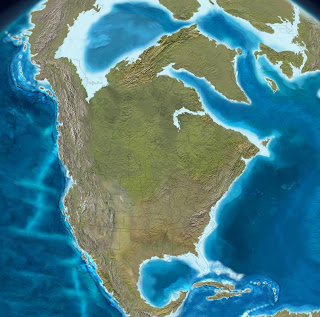 Meanwhile, news organizations are often staffed by journalists who are gifted generalists but lack technical expertise in fields like climate science, medicine or engineering.

That's why a group of ex-journalists, communicators and scientists have come together to form the Science Media Centre of Canada. The centre, scheduled to be fully up and running this fall, is patterned after similar organizations already in operation in the U.K., Australia and New Zealand.

Peter Calamai -- an award-winning journalist, a founding member of the Canadian Science Writers' Association and an adjunct professor at Carleton University in Ottawa -- is one of the driving forces behind the Science Media Centre. He will stage a regional launch of the centre at the University of Victoria on Wednesday.

Calamai said the centre will develop a database of experts who can help journalists research science-based stories. The experts will be chosen both for expertise and clarity of expression. "Sure, they might be experts in high-temperature super-conducting metals. But are they any good at explaining what super-conducting means to somebody who doesn't know?" he said in a telephone interview.

The centre will also educate scientists about journalism so they can communicate effectively. Calamai characterized a valid scientific controversy as one between scientists who hold different interpretations of various facts. A good news story can present both viewpoints and both interpretations. But there should be no disagreement over observable, recorded facts, Calamai said.

Public perception can be swayed by inaccurate or poorly researched studies, like one in recent years that suggested the risks with vaccination might outweigh benefits. Although the study has been retracted, it continues to be quoted.

Most of the argument about climate change is also about interpretation, not facts, Calamai said. The vast majority of scientific opinion holds the cause is human-caused release of greenhouse gases.

But because many journalists write science stories the same way they write about sports or politics, the issue becomes a fight between two opposing sides. This tends to overlook many of the nuances involved in science, Calamai said.

"The outliers, the extremes of the debate, tend to get the most coverage in the media, obscuring the fact that clustered in the middle of this debate are the majority of the people, whether it's vaccination or climate change or a whole bunch of other things," he said.

- Peter Calamai will preside over a regional launch of the Science Media Centre of Canada at UVic April 7.

- Calamai is a panelist in a public discussion called Climate Change and the Media: Scientists, Scribes and Spinmeisters on Thursday, April 8, 7:30 p.m. in Room B150 of the Bob Wright Centre. The panel also features Jim Hoggan, co-author of Climate Cover-Up, Tom Pedersen, director of the Pacific Institute for Climate Solutions and Lucinda Chodan, editor-in-chief of the Times Colonist. Admission is free.
Posted by Next Year Country