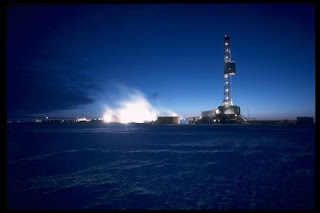 The intensifying oil-spill crisis in the Gulf of Mexico is a clear warning to other countries — particularly Canada, with its eyes on potential Arctic petroleum riches — to approach offshore oil and gas projects with extreme caution, the World Wildlife Fund contends.

The global environmental group — which earlier this week issued a report calling for an international Arctic treaty to protect the region from over-exploitation — sounded the alarm again on Thursday as the U.S. government declared the Gulf spill a national disaster and American coastal states braced for major threats to wildlife, fisheries and tourism.

"British Petroleum's inability to contain the Gulf of Mexico oil spill highlights the urgent need to improve oil and gas emergency management in all coastal waters — and particularly in the pristine Arctic," WWF-Canada officials said in a statement.

"In Canada, the government approves Arctic oil and gas leases without undertaking any prior environmental assessments, without taking formal risks assessments and without requirements for an emergency management plan to be in place — all required in the U.S."

The catastrophic impacts of a major Arctic oil spill were made clear in 1989 when the Exxon Valdez oil tanker ran aground off the coast of Alaska. More than 40 million litres of crude oil drained from the disabled ship, fouling Alaska's Prince William Sound and creating one of the world's worst environmental disasters.

But interest in exploiting the circumpolar region's vast petroleum reserves — believed to amount to about one-quarter of the planet's untapped resource — has risen dramatically in recent years because melting sea ice promises safer and easier access to undersea deposits.

The governments of the five Arctic Ocean coastal countries — Canada, the U.S., Norway, Russia and Denmark — are all expecting to take advantage of offshore oil and gas opportunities in unlocked Arctic waters, but have also pledged not to let economic imperatives trump ecological interests in the region.

U.S. President Barack Obama recently announced his administration was lifting a moratorium on new offshore oil-drilling projects, though only cautious steps were taken to permit future extraction off Alaska's shore.

Both the U.S. and Canada have identified the Beaufort Sea north of Yukon and Alaska as a prime petroleum target, despite a jurisdictional dispute over the maritime boundary between the two countries in that region.

While both countries have auctioned oil-exploration leases in specified sections of the Beaufort, kick-starting projects in the remote region is well known to be an expensive and environmentally risky proposition.

WWF-Canada's Arctic program director, Craig Stewart, said in Thursday's statement that Canada should be closely watching the unfolding Gulf of Mexico catastrophe and learning lessons about the huge risks of offshore oil development in the polar environment.

"The Beaufort is the vanguard of oil and gas development in our Arctic. The BP disaster in the Gulf shows why we (need) better environmental safeguards and emergency management measures if drilling is to proceed in the offshore," Stewart stated.

The WWF statement made note of the fact that BP recently acquired what it called the "largest offshore lease in Canadian history" — a $1.2-billion payout for the right to develop projects in areas that include "ecologically sensitive" zones of the Beaufort.

"In the Gulf of Mexico, BP's Deepwater Horizon rig wasn't located in such a sensitive area as U.S. regulations would not permit it," the WWF statement said. "Response crews have had some time, at least to try to contain the spill. In the Beaufort, BP wouldn't have the same luxury." 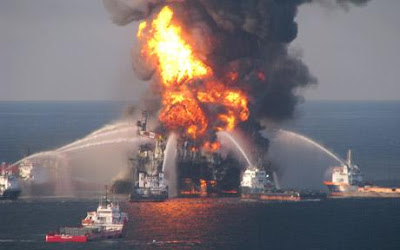