Eriel Deranger at May Day Event 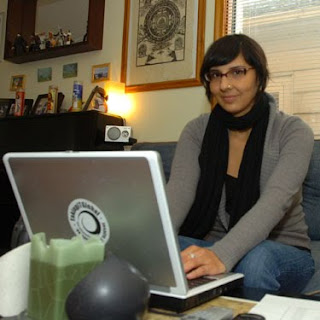 Eriel Deranger is a Dene woman from Alberta who has been active in challenging the tars sand development. She is involved with the Rainforest Action Network. She will be one of the guest presenters at the May Day event in Regina.

Eriel Deranger was raised in a family of activists and spent much of her youth attending rallies, protests and social justice conferences. Much of her activity was rooted in the struggles facing Indigenous peoples. Specifically, she has worked on Indigenous land claims in Canada. This eventually led to an interest and involvement in broader global issues.

“While working on these issues I found myself becoming more interested in the fact that the systems that we are currently living in are fraught with inequities and that change was needed….I found that change would only come from international pressure that asserted our Indigenous sovereignty.”