The Red and Green Pony 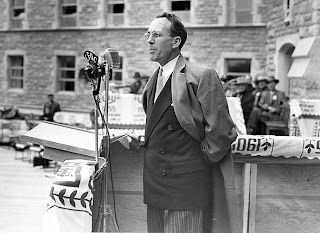 The Red and Green Pony is one of the most important Canadian political parables, and it was written in the 1950s by Milton Acorn. The tale is a well told political fable that records and anticipates much that was about to unfold in the latter half of the 20th century. The leading protagonist is Tommy, and there can be no doubt that Tommy Douglas (the father of universal public healthcare in Canada, voted ‘The Greatest Canadian’ in the 20th century in a CBC survey in 2004 and still on secret and classified files of the RCMP and CSIS) is the leading historic actor in the story. Acorn was holding Douglas high in a time when most reviled, opposed and sought to topple Douglas through a variety of questionable means. Douglas, for those who do not know, was the father-in-law of Donald Sutherland and the grandfather of Kiefer Sutherland.

The Red and Green Pony has a dynamic momentum to it, and it is divided into five sections that intricately interlock with one another. Section 1 walks the reader into a dream sequence in which Tommy enters a forest. The trees and leaves have a way of speaking to Tommy in this magical realm about things that went to his deeper longings and soul. It was in this dream world that Tommy met the red and green pony that was both red and green at the same time. It was hard to believe, even in a dream, that a pony could be both red and green. A conversation ensued between Tommy and the pony about the actual reality of the pony. There is no doubt that Tommy is drawn to the feisty pony, but he is young on the journey, and he is not quite sure what to make of the vision and conversation with the pony. The hair of the pony was ‘tangled’ and Tommy noted that it needed ‘combing’. It was just a matter of time before ‘the dream was gone’, ‘he was lying in bed’, ‘it was day and not as bright as the dream’ and Tommy had to remember to bring a ‘comb and a hairbrush’ when he next returned.

Section 2 shifts from the dream world to a sort of waking state. Tommy is now in his parents’ home, and he is about to join them for breakfast. His father is reading a paper, and his initial comments are, ‘CCF’s running a candidate here again. Are they ever going to learn that we here in Ontario don’t want them?’ Tommy’s mother is a faint echo of his father’s political views. His father then mentions the USA: ‘Yanks kicking up a fuss about Negroes going to white schools again’. Tommy’s mother tries to move the discussion from newspaper politics to Tommy’s need to be clean and eat a proper breakfast. There is no doubt that Tommy comes from a family that is right of centre on the political spectrum. It is just a matter of time before Tommy blurted that he had had a dream, and in the dream he had seen a red and green pony. His father has no problem with the dream provided it remains a dream. ‘Now did you ever see a pony on the street with red and green patches?’ Tommy wants to make it clear that the dream was real, and it has significant meaning. The mother makes clear ‘it was only a dream’. Both father and mother become quite worried that Tommy might confuse a dream with reality and begin to act rather foolish ‘on the street’. The conversation ended, and Tommy went upstairs and looked out the window. He saw a sign that said. ‘Warning, No swimming or fishing. Water polluted. Order of Ontario Department of Health’. Tommy was late for breakfast that day, and he soon forgot about the red and green pony. The day soon passed, ‘but when Tommy went to sleep that night he put a comb under his pillow’. 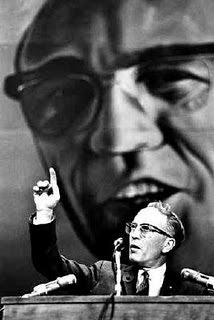 It does not take too much reflection to see that Tommy is Tommy Douglas of the CCF, Tommy’s vision often collides with an established view of reality, and the red and green embody leftist thought and ecological issues, and the wild and tangled hair on the solid body (that needed combing) reflected all the diverse and often prickly elements in the political left that Douglas had to comb. The fact that this short story was written in the 1950s makes it abundantly clear that Acorn anticipated many of the substantive issues that were about to emerge on the public stage in the 1960s-1970s and that we still face today.

Section 3 walks the reader back into the surreal dream drama of Tommy. The leaves greet Tommy with great joy as he enters the world where the ‘flowered branches’ and the ‘tufts of the grass’ swung over him like ‘pony-tails’. The red and green pony is there to meet Tommy, and he inquires about the comb—it had been brought and Tommy brushes all the tangles and knots on the pony’s hair. It is just a matter of time before another conversation begins between Tommy and the pony about Tommy’s father and his right of centre political ideas. The question is raised about whose facts and view of reality should be listened to and why. Tommy bonds closer and closer to the red and green pony, and he is soon on the pony’s back and riding the friendly yet energetic animal with much delight and fondness. Section 3 ends with the dream over, and Tommy waking to the sound and sight of a starling on his window-sill. Tommy looks down at the ‘polluted river’ and a world in which ‘ugliness was coiled with beauty’

Section 4 takes Tommy and the interested reader back into the world of Tommy’s parents. The red and green pony is now much more real to Tommy, and his interpretation of what he sees and does is informed by such a reality. Tommy’s mother tends to come across in the story as warmer and more affectionate, whereas his father is stern, dogmatic and ideological. Tommy’s mother finds him down by the polluted river and urges him to return home for dinner. A family feud soon emerges between mother and father about what to do with Tommy’s increasing interest and belief in the reality of a red and green pony. The intensity of the clash becomes so pronounced that Tommy runs away after declaring that he has seen and believes in the Red and Green Pony with capital letters.

Section 5 brings the tensions between idealism and realism together in a thoughtful manner. It is Nature again that has become Tommy’s real family, and it is in the arms of Nature that Tommy is comforted and befriended. It is Tommy’s mother that comes searching for him, and there is a poignant episode in which Tommy watches a ‘long legged wolf spider’ attack and kill a harmless bug on a tender grass-stem. The Red and Green Pony appears again and wonders if Tommy has brought the hairbrush. Tommy had brought the hairbrush, and he began combing out the deeper knots on the pony, and at the same time he vaguely can hear his parents. There is a distinctive sense in which Tommy is living in two worlds and he needs to know which he will heed and why. The Red and Green Pony runs straight through Tommy’s parents (they seem to have no substance), and he then leaves Tommy with a few comments to ponder as the tale draws to a close. ‘To listen properly you’ve got to do it and not talk about it’. Much of this story is about who will be listened to and why. Tommy is pulled in diverse directions through the mini-drama, and there are consequences to live with for not hearing and heeding the best voices. The final lines conclude and sum up the deeper message of the fable.

“Where are we going, Red and Green Pony?” he asked.

“All the way,” said the pony. “Often and often you’ve got to go all the way so you can properly get back”. 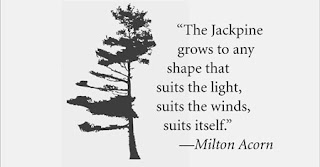 The Red and Green Pony hovers on the edge of an allegory—it is part myth, part fable, part parable. The message cannot be missed. The tale is about the process that must be gone through to see through different and more informed eyes. The transition means letting go of much only to receive much. The pilgrimage often means going all the way before the journey back can be taken. We might wonder what going all the way means, but this is the mystery and uncertainty that Acorn leaves us with as the short story ends.

It is significant to note that Milton Acorn’s religious roots were Anglican, and Tommy Douglas’ were Baptist. Both had leanings, even in the 1950s, in the direction of both red and green, and, in this sense, the common good of both the land and people were united in one integrated whole. The Red and Green Pony is must read and classic of Canadian political tale telling. It’s rather sad that so few know such an evocative political parable. 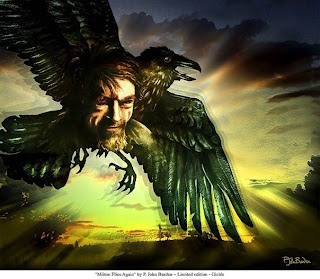